Get fresh music recommendations delivered to your inbox every Friday.
We've updated our Terms of Use. You can review the changes here.

by Highlife from Nigeria 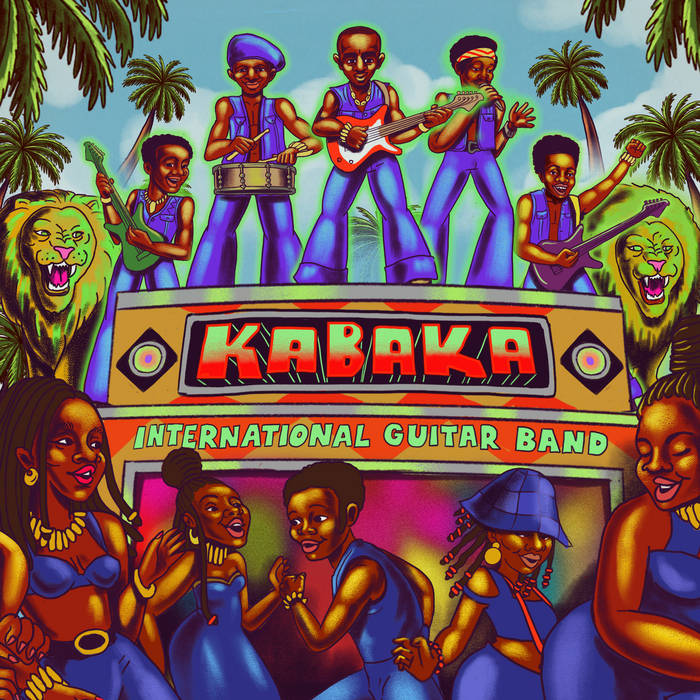 This album was recorded in the mid 80s, it is such a great classic for us, that we are very proud to present you this new re- edition of this classic from Igbo Highlife music. This music arrived to Colombia by sailors ans travelers, and gave birth to the Champeta mouvement.

Here we pay hommage to this Stars of highlife from Nigeria, that we love so much.

He ushered his august visitor into his living room, looking casual and awry. Perhaps, he was not expecting any visitor at that time of the day, when the sun was in its meridian splendor, and the stars in an ever unclouded firmament.Hanging strategically inside the village-setting living room, were some of his memorable photographs and awards he received back in time, confirming to one that he’s in the right place.
After several years of going underground, we went in search of one of the Igbo highlife legends, Godwin Opara, popularly called, Kabaka, the erstwhile member of oe of the firsts highlife group in Nigeria, The Oriental Brothers International Band.

In his country home, Imerienwe town, located about eighteen kilometers’ south east of Owerri, the capital of Imo State, Kabaka is less celebrated as a genius. He lives like every other villager, struggling to make ends meet. In fact, nothing differentiated this man of golden guitar and priceless awards from his kinsmen. “My people here mock me whenever we are joking, but they don’t know that I am not in their class,” he began.
Kabaka was part of the legendary Oriental Brothers Band international. However, recalled why he walked out of the group in 1977, to set up his own band.

But how far has he been able to record a major breakthrough several years after leaving the group? On this, Kabaka boasted that he released some albums that were commercially successful. His first album under Kabaka International Band, “Mangala Special” was a tribute to Nathaniel Ejiogu, a founding member of the Oriental Brothers who died shortly after the founding of the group (‘Mangala,’ his nickname, literally means a type of dry fish!) was a commercial success. Also, drawing a comparison between their time and today’s highlife musicians, Kabaka regretted that today’s highlife music lacks depth and rich in content. During their time, he said they were passionate about playing standard highlife music, blending Eastern Africa region’s Congolese guitar rhythm with traditional Igbo percussion rhythms, which is a total departure from the kind of highlife music that’s being played by today’s musicians. Kabaka recalls that his guitar then invoked both alien styles, which is why his generation stood out when it comes to playing the highlife music genre. Though, he revealed that they were paid as little as 25 kobo per an album by their recording label, it, however, did not in any way affect the quality of their sounds.
Speaking further, Kabaka said while he wants to be remembered for his music and creative ingenuity, he has a desire to set up a music school, in Owerri, where he hopes to be grooming aspiring highlife musicians.
Kabaka was a founding member of the Oriental International Band that mainly comprised of Ferdinand Dansatch Emeka Opara, Livinus Akwilla Alaribe, Fred “Ichita” Ahumaraeze and Christogonus Ezebuiro “Warrior” Obinna. The group first split in 1977, after Kabaka left to start his own band. He was replaced by Aloysius Anyanwu, a former guitarist with Chief Stephen Osita Osadebe’s Nigerian Sound Makers Band and a founding member of the Ikenga Super Stars band after they left Osadebe’s band. Later, Ichita and Livinus Akwila Alaribe equally left the band to form another group called the Great Oriental Band.

If you like Kabaka International Guitar Band / Lead by G. Kabaka Opara * Nigeria***, you may also like:

Bandcamp Daily  your guide to the world of Bandcamp

Semiratruth joins the show to discuss their latest release, "loading..".